As the most populous city in New England, Boston provides plenty for residents and visitors to see and do. Unfortunately, the attractions and roadways of Boston also provide several ways for accidental injury to occur. When it comes to injuries, few are more serious or produce more wide-ranging complications than a traumatic brain injury. If you suffered a traumatic brain injury, Massachusetts has a process by which you could pursue compensation for your injuries. A Boston brain injury attorney from Dolman Law Group and Sibley Dolman can help you understand this legal process.

Dolman Law Group and Sibley Dolman’s legal team is familiar with the complications associated with this type of injury, as reflected in some of our recent case results, which include:

While we cannot guarantee a particular outcome, contact Dolman Law Group and Sibley Dolman today to see what we can do for you and your case.

What Is a Traumatic Brain Injury?

A traumatic brain injury is caused by a bump, jolt, or blow to the head or body. This injury can include an object that has penetrated the protective covering of the skull (known as a penetrating injury), or the injury can be contained inside of the skull.

Traumatic brain injuries can be caused by:

Brain injuries are often categorized by physicians as mild, moderate, and severe based on the patient’s level of consciousness at the time of the evaluation as well as the ability to see the injury on imaging scans. However, there is nothing “mild” about traumatic brain injuries. Even a concussion, which is categorized as a “mild” traumatic brain injury, can result in permanent deficits including memory loss and chronic headaches.

The Deficits Created by an Injury to the Brain

The brain is an extremely important organ as it controls all of the body’s voluntary and involuntary responses. Unfortunately, despite the brain’s importance, it has only a limited ability to heal itself after injury. What this means is that the injury has a high likelihood of creating a permanent loss of the functions that are controlled by that portion of the brain.

The brain consists of six segments, known as lobes, that are each responsible for controlling some of the body’s functions.

The primary functions of each lobe include:

The Complications of Traumatic Brain Injuries

Traumatic brain injuries pose a high risk of dangerous complications that could cause further damage and even death. Many of these complications occur in the early hours after the injury, while others can be present months or even years later. Much of the early treatment of a brain injury, beyond stabilizing the patient’s heart rate and breath, involves addressing complications as they arise to prevent death and provide the best opportunity for meaningful recovery.

Some of the common complications after suffering a brain injury include:

The Cost of Traumatic Brain Injuries

The lifetime medical care involved in treating a brain injury and associated complications can cost an individual between $85,000 to $3 million. This expensive care grows more difficult to access because many people cannot return to work and continue earning an income after a brain injury.

This loss of income, combined with the expenses of medical care, often has a spiral effect on the injured individual’s life and the lives of his or her loved ones.

An estimated 53 percent of the nation’s homeless population is living with traumatic brain injuries. While the often harsh conditions of homelessness in Boston and other parts of the country are the cause of many of these individuals’ injuries, for others, the injury itself was the catalyst for homelessness.

Brain injuries impact every facet of the injured person’s life, including: Individuals in Boston who have suffered a brain injury may obtain compensation for the expenses and impacts to their life through a lawsuit filed in civil court within three years after the injury.

To try to prove liability in your case, you must establish these elements: Traumatic brain injuries are one of the most serious injuries an individual can suffer, often resulting in permanent disability, complications that require medical treatment long after the onset of the injury, and even death. If you or your loved one were hurt by this type of injury, read on for the answers to some of the questions our Boston clients most frequently ask about brain injuries and the process of pursuing compensation through a lawsuit. For more specific information about your legal options, contact Dolman Law Group and Sibley Dolman today for a free consultation.

What factors determine the severity of a brain injury?

Individuals who have suffered a brain injury often have the severity of that injury tested through the Glasgow Coma Scale. This test, administered by a health care provider, is generally performed when the individual arrives at the hospital for treatment of the injury and will also usually be performed again after 24 hours.

Some of the features of a severe traumatic brain injury include:

Severe brain injuries often result in rigidity in muscle tone, difficulties with autonomic functions such as respiration, and fluid buildup on the brain.

One type of rehabilitation is occupational therapy, which aims to reintegrate victims into society. It begins with an analysis of the patient’s abilities, including:

What are damages in Boston traumatic brain injury cases?

What are examples of some of the costs and impacts I could include in my Boston traumatic brain injury claim?

Examples of costs commonly mentioned in economic damage claims include:

The quality-of-life impacts that are often included in non-economic damage claims include:

Should I pursue compensation for the brain injury I suffered in a car accident through my PIP policy?

The personal injury protection (PIP) insurance policy that you were required to purchase when you registered your vehicle in Massachusetts would often be the first resource for an individual who suffered an injury in an accident. The state allows those who have incurred at least $2,000 in medical expenses and/or the injury meets the state’s serious injury threshold to step beyond the PIP claim and pursue the recovery of damages through a Boston traumatic brain injury lawsuit, which allows more damage categories for compensation.

What is the average traumatic brain injury settlement in Boston?

Because case values and settlements are based on the unique aspects of an individual case, there really is no “average” settlement.

However, these factors that could affect the amount of compensation you obtain:

What is post-concussive syndrome, and how do I know if I have it?

For most people, the symptoms of a concussion go away within a few weeks. However, for reasons that experts do not completely understand, some individuals have concussion symptoms that last for longer, sometimes even more than a year after the injury. Some of the most common symptoms suffered by those who have acquired post-concussive syndrome are headache, dizziness, and sleep problems. Other symptoms can include memory loss, depression, ringing in the ears, and sensitivity to noise and light.

Women are more likely than men to be diagnosed with post-concussive syndrome, and the condition often afflicts individuals who are over the age of 40 at the time of their injury. Those who have been previously diagnosed with psychological conditions such as depression, anxiety, or post traumatic stress disorder are also more likely to suffer from lingering concussion symptoms.

How is a Boston brain injury case valued?

Through Massachusetts’s wrongful death laws, you could benefit from a wrongful death claim filed by the executor or administrator of your spouse’s estate. Like Boston traumatic brain injury cases, plaintiffs file this legal claim in civil court.

Some of the damages that plaintiffs recover through this type of claim include:

What happens if I was partially responsible for the accident that caused my Boston traumatic brain injury?

Call us. Maybe you’re not responsible, and the insurance company or someone else blames you to reduce their liability. Don’t let them talk you out of calling a lawyer and seeking the compensation you really deserve.

For the most part, no. The Internal Revenue Service doesn’t consider settlements and awards income and does not tax them. The exception is punitive damages, which generally do not reflect an expense or impact of an injury but instead punish a defendant for particularly reckless behavior. Because these damages don’t reimburse someone for an injury, the IRS considers them income and subjects them to tax.

Why do I need a Boston traumatic brain injury attorney? Wouldn’t it be cheaper and easier for me to just file my claim on my own?

No. Attorneys provide many services to pursue compensation to pay for the expenses and impacts of your injury. Many of these services could be very difficult for you to perform on your own without extensive legal training and a deep understanding of the many issues that are commonly confronted by those who are living with traumatic brain injuries. 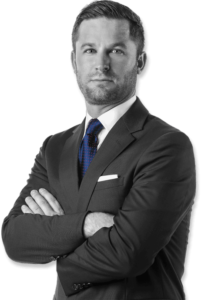 To ensure that anyone who needs legal assistance can afford it, our Boston personal injury attorneys provide two special services: