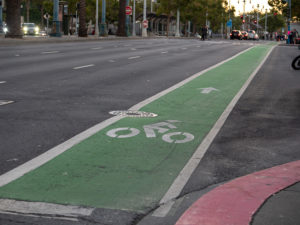 The Wall Street Journal reported in 2018 that the Tampa Bay area was the most dangerous place to cycle in the United States, with Pinellas County—home to St. Petersburg—as the most dangerous of all the counties in that area. The Wall Street Journal reporters used data from the National Highway Traffic Safety Administration (NHTSA), which showed that fatalities from bicycle accidents increased more than 30 percent from 2010 to 2016. Florida’s bicycle accident fatality rate was more than 50 percent higher than the second most deadly state. Additionally, at seven percent, the Greater Tampa area’s fatality rate was higher than Florida’s state average.

Others who have analyzed the NHTSA data have brought to light that, when looking at the most recent five years of data, the statistics are not quite as alarming as first reported. Yet, bike accidents, injuries, and fatalities around St. Petersburg and in Pinellas County continue to rise each year. In 2018, 611 bicycle crashes occurred in Pinellas County, including six fatalities. After examining the most dangerous areas to cycle in Pinellas County, a discussion of injuries that bicycle accidents might face will emphasize the risks for cyclists in the area. Lastly, learning about the steps that you can take after a bicycle accident will help you maximize the likelihood of recovering damages related to your injuries.

Dangerous Bike Paths in and Around St. Petersburg

Bicycle accidents and fatalities have long been a concern of residents and lawmakers in St. Petersburg and Pinellas County. In response, Pinellas County enacted its Bicycle-Pedestrian Master Plan. The county spent the past decade gathering and examining data to have a deeper understanding of the problem. County officials identified some common traits of bicycle accidents in the area, such as that the majority of bike accidents in the county involve teens and adults from age 15 to age 24. Pinellas County also identified high crash areas where bicycle accidents frequently occur. The areas with the most crashes vary each year, but generally speaking, all of the following areas are often near the top of the list, and you should take special care when biking through these places:

What Types of Injuries Might Result From a Bicycle Accident?

The Florida Department of Health’s most recent data reports 861 emergency room visits due to bike accidents in Pinellas County in 2018, with 79 of those leading to prolonged hospitalization to recover from bicycle accident injuries. Cyclists’ bodies have little protection, so when a motor vehicle strikes a bicyclist, injuries can be severe. Here are some of the most common injuries that a cyclist might experience from an accident:

Many situations might give rise to a bicycle crash, but dangerous bike paths often lead to the same few types of accidents. Pinellas County Bicycle-Pedestrian Master Plan reports the following as the most common types of bike accidents that involve motor vehicles:

Florida is a no-fault insurance state, so liability does not immediately play a role after a bike accident; however, when a motorist is negligent and hits you on your bike, Florida law permits you to seek damages in civil court beyond what your insurance policy pays you. When an accident on a dangerous bike path occurs, liability might be more complicated. Your lawyer will advise you on the best path forward given your situation, but if the path is unreasonably dangerous, you may be able to recover damages from St. Petersburg or Pinellas County, depending on who maintains the bike path in question. In these cases, the local entity and the driver might share liability. Things that might entitle you to bring suit against the city or county are covered in depth in the following section.

High traffic, increasing numbers of tourists, and increasing numbers of cyclists make the bike paths in and around St. Petersburg dangerous. In recent years, increased bicycle fatalities, emergency room visits, and hospitalizations have motivated Florida’s cities and towns to take action to make their bike paths safer. In Pinellas County’s Bicycle-Pedestrian Master Plan, county officials committed to improving the county’s 950 miles of bike lanes, shared-use paths, and sidewalks. The county has spent time and money upgrading roads to increase safety for bicyclists, including by employing the following strategies:

Steps After a Bicycle Accident in St. Petersburg

Even when cyclists follow all regulations, wear a helmet, and remain focused on the road, they might get in a bike accident; they have no control over distracted or careless drivers. Most bike accidents result in injury and require the expertise of an experienced attorney. These are some tips for immediate steps to take after a bike accident before you have the chance to contact a lawyer and learn about your rights:

When you file an insurance claim, it’s possible that your insurance company, the driver’s carrier, or any other party to the defense might deny your claim, downplay your injuries, or try to claim that you contributed to the accident. Florida applies pure comparative negligence to personal injury cases, which means the court reduces an award based on the extent to which a plaintiff might have been at fault for their own injuries. The defense might claim you weren’t following proper traffic regulations, such as not using hand signals, or suggest that you were riding your bicycle after using drugs or alcohol.

Insurance companies also may attempt to make quick settlement offers that sound like a great deal in the short run, but don’t actually compensate you fully for the physical pain, emotional strife, and financial hardship that comes with a serious injury. If you or your child sustained an injury after an accident on a dangerous bike path, you may be eligible to file a personal injury suit to seek compensation. You might be able to recover medical costs and lost wages not paid by your PIP policy. You may also seek damages for future medical care and lost wages in the case of a long-term disability, as well as non-economic damages, like loss of consortium, pain and suffering, and scarring and disfigurement.

The experienced legal team at the Dolman Law Group has extensive experience with personal injury cases, including those that involve bicycle accidents. We understand that this is a difficult time for you and your family. Let a skilled attorney handle the details of your case while you focus on recovering from your injuries. Call the Dolman Law Group in St. Petersburg at (727) 222-6922, or contact us online, to schedule a free consultation and to learn more about your legal rights following a bicycle accident.