From the mid-1950s through the mid-1980s, Camp Lejeune used water from wells contaminated with several chemicals. These chemicals are carcinogens, which means that they cause cancer. Over the years, researchers found that the chemicals caused cancer and other diseases in people who lived on the base. In 2012, Congress passed the Honoring America’s Veterans and Caring for Camp Lejeune Families Act of 2012 (2012 Act), otherwise known as the Camp Lejeune Act.

Subsequently, Congress passed the Camp Lejeune Justice Act of 2022 (CLJA), which allows affected veterans to file a Camp Lejeune lawsuit against the government. The 2012 Act names certain diseases that researchers found were caused by the contaminated water at Camp Lejeune. However, the Veterans Affairs (VA) does not consider all diseases “presumptive.”

The VA’s presumptive disability and illness list for the water contamination at Camp Lejeune includes:

Veterans, reservists, and guardsmen who have other than a dishonorable discharge and who served at Camp Lejeune from August 1953 through December 1987 are eligible to recover disability payment from the VA for the above-listed diseases and conditions.

The 2012 Act, which Congress signed into law in 2012, provides for additional conditions, including lung cancer. However, since lung cancer is not on the VA’s presumptive illness list for water contamination at Camp Lejeune, the VA will most likely deny your claim.

It will, however, pay for medical care for lung cancer if you lived at Camp Lejeune during the appropriate time. As every veteran knows, medical expenses are not the only cost of fighting a disease that the government caused. You have other damages, including lost wages, loss of future earning income, and pain and suffering to deal with.

Because lung cancer and other cancers and illnesses are so expensive to live with, Congress fought for and passed the CLJA. This act allows victims of water contamination at Camp Lejeune to sue the government. In all other circumstances, a veteran cannot sue the government for injuries suffered at the hands of the government.

Filing for Disability and Filing a Lawsuit

If you have already filed a disability claim through the VA, you can still file a lawsuit with the Navy JAG. Filing the lawsuit does not affect your current claim in progress. However, your claim will most likely only pay for medical expenses.

If you receive compensation from the lawsuit, you cannot “double dip.” One offsets the other. The lawsuit allows you to recover additional damages.

A veteran or the veteran’s family could also recover pain and suffering, including emotional distress, loss of companionship and/or consortium, and loss of quality of life.

How to File a Camp Lejeune Contaminated Water Lawsuit

Congress passed the Honoring our Promise to Address Comprehensive Toxics Act (PACT) of 2022—on August 10, 2022, which includes the Camp Lejeune Justice Act of 2022 (CLJA). This act gives those who lived on Camp Lejeune for at least 30 days from the mid-1950s through the mid-1980s two years from Aug. 10, 2022, to file a lawsuit with the Navy JAG.

Because of the complexity of these claims, we recommend using a Camp Lejeune water contamination lawyer. Regardless of where you live, you must file the claim with the Office of the Judge Advocate General of the Navy’s Tort Claims Unit in Norfolk, Virginia.

Your attorney will assist in completing the CLJA claims forms and obtaining all required documentation to prove you were living on base at the time. You must also show that you received an honorable discharge.

As of September 2022, the Department of Navy is not sure of the processing time for each claim, as it expects numerous claims. The Tort Claims Unit is also not providing updates to individuals regarding claim status.

Some veterans may have filed claims before the enactment of the CLJA. Those who had their claims denied under the Federal Tort Claims Act might refile them if they involved water contamination at Camp Lejeune.

What Additional Illnesses and Diseases Qualify Under the Camp Lejeune Justice Act of 2022?

The CLJA allows those who suffered from, are suffering from, or who lost a loved one because of lung cancer to file a lawsuit. Additionally, veterans who had or have certain illnesses and diseases and family members who lost a loved one to certain illnesses and diseases might recover compensation by filing a lawsuit under the Camp Lejeune Justice Act.

Other illnesses and diseases covered by the Camp Lejeune Justice Act include:

It was not until 1985 that authorities learned that these chemicals contaminated at least two major wells at Camp Lejeune. The government shut the wells down in 1985. These chemicals caused a host of illnesses and diseases. Trichloroethylene is a solvent for cleaning metal parts. It causes sleepiness, dizziness, confusion, incoordination, unconsciousness, nausea, and death. This chemical is colorless and volatile. It evaporates into the air and smells sweet. Trichloroethylene is used to degrease metal parts and make HFC-134a, a refrigerant commonly used in vehicle air conditioning systems.

If you trichloroethylene into the air, it breaks down quickly, but when released into soil or water, the process is significantly slower. Since the chemical does not evaporate, it stays in groundwater for a long time. However, it does not build up to significant amounts in animals and plants.

A non-flammable and colorless liquid, people commonly use tetrachloroethylene as a degreaser for metal parts. If you release this chemical into the air, water, or soil, it takes a long time to break down. The amount you release into the air takes about 100 days to break down half of the amount. When released into water, it evaporates quickly into the air.

Exposure is in the form of drinking water and even showering. When you shower with water contaminated with tetrachloroethylene, the chemical evaporates into the air, where you breathe it.

Vinyl chloride is colorless and flammable. It has a sweet odor, so you can smell it when you release it into the air. When you release trichloroethane, trichloroethylene, and tetrachloroethylene, the chemical process of breaking down produces vinyl chloride. This chemical affects your heart, blood vessels, organ development, liver, and immune system.

Benzene is also a colorless liquid with a sweet smell. This chemical evaporates quickly in the air but dissolves only slightly in water. Benzene is flammable and forms naturally and via human processes. Manufacturers use benzene to make lubricants, certain types of rubber, detergents, dyes, pesticides, and drugs. It occurs naturally in gasoline and crude oil.

A spill onto the soil or water can cause benzene in the air. This chemical can also attach itself to precipitation and fall back to the ground. While it can cause human illnesses, it does not build up in animals and plants.

Researchers in at least one study also learned that these chemicals cause other health issues.

How Do I Get Benefits Directly from the VA?

Filing a claim with the VA is a complex process. You will need all of your medical records and must currently have the illness or disease. You will also need military records that show you served at Camp Lejeune for at least 30 days between August 1953 through December 1987 and were on active duty or were in the National Guard or Reserves.

Many conditions, such as lung cancer, are not on the presumptive conditions list. You can recover compensation for those illnesses and diseases by filing a lawsuit. Filing a lawsuit with a Camp Lejeune water contamination attorney does not affect your VA claim.

You can file a claim on VA.gov, have an accredited representative help you, or have the VA regional office help you.

Filing a claim with the VA is not the same as filing a lawsuit with the Navy JAG. You should retain a Camp Lejeune water contamination attorney to help you file the lawsuit, as you can only file it in Norfolk, VA.

How Do I Get Copies of My Military Records?

If you are a veteran or your loved one was a veteran, and you believe you might have a right to file a lawsuit, you will need these records.

You must provide enough information for the organization to locate your records, including: 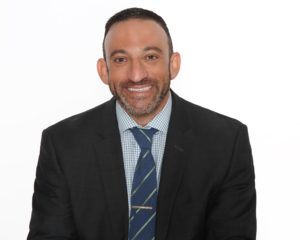 If you believe your records burned in the 1973 Records Center fire, also include:

Better yet, get a Camp Lejeune water contamination lawyer to do all of this for you. In August of a recent year, the government created a pathway for service members and their families...