COVID-19: Understanding Commercial Insurance Policies That May Cover Your Business Loss and Interruption During this unprecedented time in the world, small and large business owners alike are left wondering how they will survive the significant financial blow from COVID-19 (aka the Coronavirus). In Florida, a state heavily reliant on tourism, we have seen substantial hardship amongst hotels, restaurants, medical centers, entertainment centers, and many other businesses. Fortunately, the commercial insurance policy you have been paying for may cover the financial shortfalls associated with COVID-19.

Before reading on, it is important to understand that insurance policies generally come in a variety of flavors and that the discussion below is based on general policy language that may or may not exist in your policy. Therefore, to determine what coverage may be available to you and your business, it is imperative that you consult an attorney to thoroughly review your policy. Even if your policy contains an exclusion for pandemic-related losses, we still want to review your business interruption policy or business loss policy. The case law relating to this area is fluid and ever-evolving. Thus, there is a chance your policy may in fact cover financial losses related to the Coronavirus.

Several states are pondering legislation to force insurance carriers to cover COVID-19 business-related loss regardless of any exclusion stating otherwise. That’s why it’s imperative you act now and get in line for the possibility that your claim may result in a settlement.

Business Income Coverage often provides financial compensation for the actual loss of business income you sustain due to the necessary “suspension” of your “operations” during the “period of restoration1,2. The suspension must be caused by the direct physical loss of or damage to property at your business’s premises, which are described in the Declarations and for which a Business Income Limit of Insurance is shown in the Declarations. The loss or damage must be caused by or result from a Covered Cause of Loss.

Though you may think that a virus cannot possibly create physical loss or damage, it has been determined that a physical loss or damage is “any impact on property which prevents the property from being used for its intended purpose” which can include contamination of bacteria. For example, in Motorists Mutual Insurance Co. v. Hardinger, 131 F. App’x 823, 827 (3d Cir. 2015), when considering an infestation of a home with E Coli bacteria, the court held that “a genuine issue of fact (exists) whether the functionality of the property was nearly eliminated or destroyed, or whether their property was made useless or uninhabitable.”

At this time, we fully expect forthcoming litigation to determine issues related to the causation element of Business Income coverage. Insurance carriers can be expected to deny such coverage as most businesses cannot prove the actual presence of the virus on the premises. However, it will be argued that the fear of the virus’ presence is enough to invoke such coverage.

Lastly, depending on the kind of insurance policy in place, your policy may include and incorporate a “policy exclusions” section which attempts to limit coverage under specific circumstances such as loss caused by virus, bacteria, mold, microorganisms, contamination, pollution, etc. However, it is important to note that not ALL policies contain such exclusions and that such exclusions in your policy may not be fatal to your claim. Therefore, despite the existence of such an exclusion, you should always consult an attorney and request that they review your policy to determine whether you may be entitled to compensation for your loss. You may also be covered for losses suffered as a result of “Civil Authority”. Civil Authority Coverage applies when there is an order or action issued or taken as a result of (a) physical loss or damage or (b) perils insured against to property adjacent to the insured premises or within a certain distance thereof, which prevents, prohibits, or impairs access to the insured premises.

Courts have interpreted the civil authority provision as not requiring physical damage to property in order to trigger coverage3. Such coverage may instead be triggered when such order or action, such as a “stay at home” or “safer at home” or a curfew, causes a business interruption, which in turn, resulted in financial loss.

When deciding whether Civil Authority is triggered, it is imperative to look to your state and local orders which should state the purpose for the order, such as Broward County [FL] Administrator’s Emergency Order 20-01, enacted on March 22, 2020, which states that the “emergency order is necessary because of the propensity of the virus to spread person to person and also because the virus is physically causing property damage due to its proclivity to attach to surfaces for prolonged periods of time.”

The governor of Florida also issued at statewide “stay at home” order to go into effect April 3.

Civil authority coverage for business income will begin 72 hours after the time of the first action of civil authority that prohibits access to the described premises and will apply for a period of up to four consecutive weeks from the date on which such coverage began.

Civil Authority Coverage for Extra Expense will begin immediately after the time of the first action of civil authority that prohibits access to the described premises and will end upon the later of  1) four consecutive weeks after the date of that action, or 2) when your civil authority coverage for business income ends. Additional business income relief may be available if the necessary suspension of your operations produces a Business Income loss payable under the policy. Such coverage is designed to provide financial coverage for the period of time in which the cause of loss has been remedied and the operations reasonably resume. However, Extended Business Income does not apply to loss of business income incurred as a result of unfavorable business conditions caused by the impact of the Covered Cause of Loss in the area where the described premises are located.

Insurers will likely argue that such coverage isn’t available since the continued loss is caused in part to the fact that all businesses are “ramping up” so to say and therefore the competition amongst each other, rather than the covered loss, is causing the slowed profits. Such an interpretation would defeat the purpose of such coverage and will be hotly contested in litigation proceedings to come.

Triggering such coverage means that the insurance company should pay for the actual loss of Business Income incurred during the period when the property is repaired, rebuilt, or replaced and operations are resumed. Such coverage ends on the earlier of 1) the date you could restore your operations, with reasonable speed, to the level which would generate the business income amount that would have existed if no direct physical loss or damage had occurred; or 2) 60 consecutive days after the date determined above.

Again, this will be litigated around the county as courts have drawn different conclusions about this issue.

Extra Expense Coverage allows for you to recover the necessary expenses you incur during the “period of restoration” that you would not have incurred if there had been no direct physical loss or damage to your property caused by or resulting from a Covered Cause of Loss. An insurance company will pay the extra expense to (1) avoid or minimize the “suspension” of business and to continue operations at the described premises or at replacement premises or temporary locations, including relocation expenses and costs to equip and operate the replacement location or temporary location, and (2) minimize the suspension of business if you cannot continue operations.

Losses that may be covered due to COVID-19 include (1) additional security to protect the business property during a time of social turpitude, (2) advertising costs to resume business, (3) disinfectant efforts to ensure the premises is safe, and (4) relocation costs, potentially including those costs associated with equipping employees to work from home. 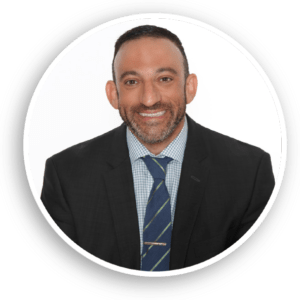 If your hotel, restaurant, store, or office has suffered financial hardship as a result of COVID-19, contact a Florida business interruption insurance attorney immediately to discuss your claim. The Sibley Dolman Gipe Accident Injury Lawyers, PA is experienced in getting individuals and business owners the compensation they deserve. Contact them today at (727) 451-6900 for a free, no-risk consultation about your claim.

Be sure to document such losses and expenses. Making sure that your losses are provable will help expedite the insurance claims process. We understand that most individuals have a very difficult time reading and interpreting their insurance policy language. We’re here to help.

1. A “suspension” means 1) the slowdown or cessation of your business activities, or 2) that part or all of the described premises is rendered untenantable, if coverage for business income including “rental value” or “rental value” applies.