Connect On Live Chat Schedule a Callback Call For a Free Case Evaluation 727-451-1900
Tap To Call: 727-451-1900
Award Winning Zantac Injury Attorneys Here to Fight For You Get the Compensation you Really Deserve for Your Pain & Suffering SEE WHAT MY CASE IS WORTH
As Seen On

Disclaimer: Any case result information provided on any portion of this website should not be understood as a promise of any particular result in a future case.

SERVING BOTH COASTS OF FLORIDA

Zantac is one of many available medications used today to decrease the symptoms of heartburn and gastroesophageal reflux disease (GERD). Patients who take Zantac or its generic version,ranitidine, might develop cancer or experience a host of symptoms caused by the medication.

The Pharmaceutical company Sanofi has recalled Zantac across all markets after the Food and Drug Administration (FDA) determined Zantac has “unacceptable” levels of probable cancer-causing impurities. Billion dollar pharma companies such as Sanofi should be held accountable for putting such dangerous products and dangerous drugs on the market and available to consumers, and they should pay for all the pain, suffering, injuries or deaths caused by Zantac.

As a Zantac patient, there is a potential that the Zantac could cause you to develop cancer or other health problems. If so, you have legal rights, such as filing a lawsuit against the manufacturer of ranitidine. We have years of experience helping Zantac victims, and we will evaluate your case for free and determine what compensation you may be entitled to.

Damages for NDMA Exposure from Zantac

The purpose of a Zantac lawsuit is to seek monetary relief for your pain and suffering, and potentially losses of loved ones from cancer. If you were diagnosed with cancer, experienced Zantac cancer symptoms, or experienced other adverse medical events after taking Zantac, you can seek reimbursement for your damages in the form of a court award or a settlement.

You might be entitled to receive compensation from the makers of Zantac for the following types of damages and more:

Why Was Zantac Voluntarily Recalled by Sanofi?

The manufacture and distribution of this popular acid reducer came to a halt in September 2019 as the toxin N-nitrosodimethylamine (NDMA) was found in the drug from several different manufacturers.

As a result, Sanofi is recalling four of their prescription-only Zantac medicines. These include a syrup, an injection form of the drug, and a tablet version with 150mg and 300mg doses.

The presence of NDMA in these Zantac medicines is believed to have been caused by issues with Zantac’s manufacturing process and there is an ongoing investigation being carried out to determine the source of these dangerous issues. In the meantime, major chains such as Walgreens, CVS, Walmart, and Rite-Aid have pulled the generic drug from their shelves and healthcare professionals have been advised to stop supplying the drug to patients and return their supplies of Zantac to the manufacturer as a precaution.

NDMA is classified as a B2 carcinogen, meaning it’s a probable human carcinogen. In addition to causing cancer, NDMA is a potent hepatotoxin.

NDMA can form during the cooking of foods, especially food such as cured meats and fish because they contain sodium nitrite as a preservative. NDMA is used in aviation and rocket fuel and industrial lubricants. It is also a byproduct of several industrial processes, including gasoline refining and the treatment of wastewater containing nitrogen. Other applications for NDMA include inducing carcinogenesis in laboratory rats for cancer research.

It is also found in:

Under the federal Emergency Planning and Community Right-to-Know Act of 1986 (EPCRA), NDMA is classified as “extremely hazardous.” Because of this, there are stringent reporting requirements for companies and individuals who produce, store, or use the substance in large amounts.

NDMA is one of the most potent animal carcinogens known to date. It has proven to be a potent carcinogen for all species that were studied, both as single doses and with long-term exposure to smaller quantities.

It is challenging to determine how much NDMA patients are exposed to when they take Zantac, especially if they use the drug on an ongoing basis. It is also possible that generic versions of Zantac are contaminated with NDMA when manufactured in other countries without strict quality control standards.

The Food and Drug Administration reports that its independent testing has shown that the heartburn medications Pepcid, Tagamet, Nexium, Prevacid, and Prilosec do NOT contain the chemical NDMA.

As a result of damage to a cell’s DNA caused by exposure to carcinogens, many people suffer severe illness and injury typically in the form of cancer. Even more mild forms of cancer require treatments that can be exceptionally painful and very costly for those affected. It is because of this that there is personal injury law and the ability to seek compensation for these health issues through a defective drug product liability claim when they are caused by a product maker’s negligence.

Types of Injuries Related to Zantac

Drugs like Zantac have the potential to cause severe injuries to those that use it. The people that suffer these injuries deserve compensation for the damages that they suffered due to the negligence of liable parties that did not take the proper precautions when making such a drug available to consumers.

Dolman Law Group can hold these groups accountable for their negligence by recovering settlements for those who have suffered because of this negligence.

Get the compensation you deserve for your pain and suffering due to Zantac. Contact Us 24/7 at 727-451-1900 or fill out our contact form and we will respond promptly.

Our award-winning trial attorneys have successfully argued complex catastrophic injury cases in courtrooms across the United States. We have earned a reputation for zealous advocacy on behalf of our injured clients - both in settlement negotiations and jury trials. 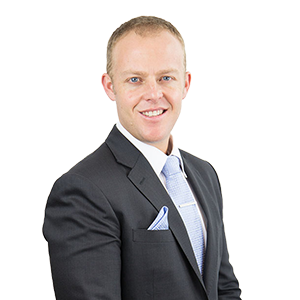 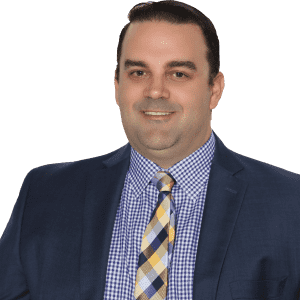