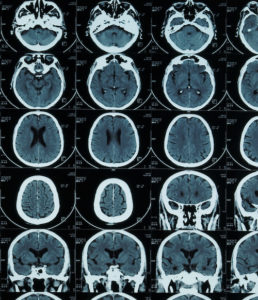 If you suffered a brain injury in Tampa due to the careless or reckless actions of another person or entity, you may be eligible for compensation that can help pay for your injury-related expenses and impacts to your quality of life. Our experienced Tampa brain injury lawyers can help you understand the process of obtaining that compensation through a personal injury claim.

Recently, Yahoo! Lifestyle published an article from a woman fourteen months after she suffered her second traumatic brain injury due to a car accident. The injury itself was considered mild—as opposed to the moderate injury she experienced 22 years earlier—and required no hospitalization. She was back to work within a week. However, mild or not, the injury changed her life.

In the past 14 months, she has found herself ready to sleep at 6:30 in the evening. She has to limit the time she spends running errands outside of the home or in conversation with other people. She is prone to panic attacks. After feeling unable to keep up with the demands of work, she quit her job. She found it hard to remember her house alarm code, in spite of having the same codes for years. She couldn’t remember how to get home from places she traveled to frequently. She couldn’t control her emotions.

According to the Centers for Disease Control and Prevention (CDC), brain injuries are a leading cause of death and disability in the U.S., accounting for more than 2 million emergency department visits a year and resulting in about 288,000 hospitalizations and more than 50,000 deaths.

What Is a Traumatic Brain Injury?

As explained by Tampa General Hospital, a traumatic brain injury causes damage to the brain. This trauma is caused when there is a sudden or violent strike to the head that results in bruising, swelling, bleeding, or tearing of the brain tissue. Categorized as mild to severe, brain injuries may cause immediate symptoms, or symptoms may manifest days or even weeks after the injury occurred.

Some of the symptoms of mild brain injuries include:

Symptoms of a more severe brain injury may include:

How Are Brain Injuries Most Commonly Caused?

Other potential causes of brain injuries include:

Other causes of non-traumatic brain injuries include:

What Are Some of the Long-term Complications of Brain Injuries?

In addition to these areas of the brain, both the left and right side of the brain also have important functions that may be impacted by the injury and cause the following complications:

Because a brain injury may so significantly change a person’s behavior and abilities, significant changes in that person’s relationships with friends and family may also be significantly changed. The injured person’s partner or children may find themselves assuming a caretaker role, taking on the responsibility of ensuring that the injured person’s basic daily needs are met. The sexual relationship between the injured person and his or her spouse may be permanently altered due to hormonal changes resulting from the injury as well as changes in appearance, self-confidence, sexual attraction, and areas of sexual interest.

Friends may find that they have little in common with the individual who has suffered a brain injury and the brain injured person may be unable to engage in the same types of activities he or she participated in before the injury occurred. Often the unspoken complications of a brain injury are the implications of work and social groups, and the stresses the injury places on family.

The Brain Injury Association of America lists the following common feelings that the injured person or his or her family members may experience in the weeks, months, and even years after the injury occurs:

While children and adults may suffer the same types of injuries, the brains of children are very different than those of adults and are still developing. A common belief that children can recover more fully than adults from a brain injury is not true in many incidences, with children actually suffering more devastating consequences as a result of a brain injury, with more cognitive impacts showing up with time as the child grows and develops. When brain injured children return to school, their educational and emotional needs may be very different than they were before the injury.

Frequent issues experienced by school-aged children as a result of a brain injury may include:

Some ways that school systems and teachers can accommodate students with brain injuries include:

What Is the Cost of Brain Injuries in America?

The costs of brain injuries in the United States are particularly steep, not only for the sufferer and his or her family, but to society as a whole due to the loss of productivity, as well as the cost of social programs and healthcare coverage for brain injured patients. Here are some facts:

How is traumatic brain injury defined?

The Mayo Clinic provides an official definition of a traumatic brain injury (or TBI):

Yes. Traumatic brain injury can occur under a wide variety of circumstances. Almost 2.5 million people suffer TBI each year. Around a fifth of them (or about 50,000) die due to their injuries.

Are many people disabled by brain injuries every year?

Unfortunately, yes. Acquired brain trauma is actually one of the most prevalent disabilities in the United States.

Nearly 100,000 people every year grapple with permanent disabilities caused by brain injuries. Experts estimate that as many as 14 million Americans currently live with acquired brain trauma.

Can you give an example of a common cause of TBI?

Somewhere between 50 and 75 percent of TBI accidents are attributed to car accidents.

It’s not difficult to see why—vehicles are extremely heavy and fast-traveling objects. When car accidents happen, it’s not unusual for the cars to be damaged.

Can you imagine the risks our bodies (and brains) face in that scenario?

Other frequent causes of TBI include:

Does anybody face an increased risk of negative impact from TBIs?

Yes. The elderly and the young face some increased risk of both sustaining a TBI and experiencing complications after one.

This is for a few reasons:

TBI is the leading cause of death and disability in American children; it poses a huge risk to older adults, too.

Old age is directly linked to negative outcomes following TBI for several reasons. The primary one is that doctors don’t have good clinical data about the elderly and TBIs. This means that many doctors struggle to offer care and predict outcomes in the instance of an elderly person who has suffered TBI.

Do children present the same symptoms of TBI as adults?

Children face unique risks when they’re impacted by TBI (as demonstrated above). As stated above, one reason for this is that children don’t usually display the same warning signs of TBI as adults do.

If you’re a parent, look out for some of these basic signs of TBI in children:

Can traumatic brain injuries affect different parts of our brains?

Yes! The impact of a TBI on an individual correlates to which part of the brain was injured.

The good news is that the way doctors and legal professionals understand TBI is something that anybody else can understand, too. TBIs are assessed based on which lobe of our brains they’ve impacted the most. Our brains have four lobes:

Each of these lobes can be injured independently or in conjunction with the others. The location of a brain injury usually heavily influences how a survivor is affected by that injury.

How does a TBI in one lobe differ from a TBI in another?

Before we cover this topic, let’s reiterate something: we’re not medical professionals!

TBI—like any form of injury—is complex and very fluid. Even most medical professionals can’t guarantee how a TBI could impact a survivor. That’s because our brains, for the most part, are still mysteries to us.

With the above in mind, let’s touch on the four lobes of our brain and how TBI may impact each one:

There’s another part of your brain that can be injured in the event of TBI, too. It’s called the cerebellum.

The cerebellum is not a lobe of the brain. It is responsible for helping us control our bodies. So, when someone’s cerebellum is damaged, he or she may experience:

Do TBIs have varying severity?

Yes, but that doesn’t matter. A mild brain injury can produce severe, lifelong outcomes, and a severe injury might clear up quickly. Severity mainly describes the initial presentation of symptoms, not your expected outcomes.

Different brain injuries (and different degrees of injury) generally produce different symptoms. Nobody can tell you for sure whether you or somebody else has suffered a TBI or may be in danger due to one; if you suspect that this has occurred, contact a medical professional right away.

Most readers are not medical professionals and are not in a position to diagnose or treat any form of brain injury. If you suspect that you or somebody else may have suffered a TBI, seek medical assistance as soon as possible.

Yes! With the help of a skilled attorney, a TBI victim has the potential to recover many of the expenses associated with the TBI:

What do I need to prove someone else’s negligence after a TBI?

Proving negligence centers around for primary elements: duty (and the breach of it), causation, and damages.

Will an attorney help me?

If you have a good case, yes. Look for an attorney with experience litigating and negotiating TBI-related claims.

TBI survivors should speak with our Tampa brain injury attorneys as soon as they’re medically stable. It makes it easier to deal with insurance agents hounding you for settlement agreements. It helps your case when it’s time to head to court. It empowers and educates you throughout your healing process.

In these circumstances a victim could benefit from legal assistance:

If you or a loved one suffered a TBI due to the negligence of another party, speak with an experienced Tampa brain injury lawyer at Sibley Dolman Gipe Accident Injury Lawyers, PA and Sibley Dolman soon as possible.