New York has something for everyone. The state has rural, scenic areas, as well as cities with high rise buildings and everything in between. Along with its many offerings, New York also suffers from traffic congestion, inclement weather, and many other issues that lead to car accidents. If you were injured in a New York car accident that someone else’s recklessness or carelessness caused, you can pursue compensation for your expenses through a New York car accident lawsuit. Let the experienced New York car accident lawyers at Dolman Law Group Accident Injury Lawyers, PA help you understand your legal options by contacting us for a free case evaluation.

If you have been injured in a car accident in New York, your personal injury protection (PIP) policy will likely provide coverage for some of your medical expenses and lost wages. If your accident was the result of someone else’s careless or reckless actions, and your injuries meet the state’s serious injury threshold, then you likely qualify to file a New York car accident lawsuit. Injuries that meet this threshold include those that involve:

You file a New York car accident lawsuit in civil court to prove that someone was liable for the accident that caused your injuries and to recover damages from the liable party for the expenses and impacts you have incurred as a result of your injury. If you meet the serious injury threshold, to recover damages in a New York car accident lawsuit, you must prove that someone else was liable by establishing these elements:

Some of the damages you can recover in a New York car accident lawsuit include:

While the vast majority of New York car accident cases are resolved through settlement negotiations and an accepted offer, some do result in litigation. An experienced personal injury attorney provides important services in recovering damages through a settlement or court award. Just as there are many different types of accidents, there are also many reasons why a car accident may occur. Some of the most common causes of car accidents involve: According to the New York State Department of Health, more than 1,000 people die in traffic-related crashes statewide and more than 12,000 are hospitalized each year due to car accidents. If you or a loved one was in a car accident in New York caused by someone else’s careless or reckless actions, you likely have a lot of questions about the legal process of recovering damages related to the expenses and impacts that you have incurred. Below are answers to some of the questions that our clients most frequently ask about New York car accidents.

Can I recover damages from an uninsured driver in New York?

It can prove difficult to recover damages from an uninsured driver. While you can file a lawsuit and may even get a judgment in your favor, collecting on that judgment will prove challenging, as most uninsured drivers do not have the financial ability to pay for someone’s accident-related injuries out-of-pocket. Fortunately, you will likely qualify to recover some of your costs by filing a claim on your own insurance policy and/or by using your employment-related health insurance to cover some of your medical expenses.

If I refuse medical treatment at the scene and then later realize I am hurt, can I still file a New York car accident claim?

Yes, but in this situation, you have left yourself open to the possibility that the at-fault party’s insurance carrier will argue over how and when you sustained your injuries. It is important to seek medical attention after a car accident even if you don’t necessarily feel injured at the time. Many serious injuries can present with delayed symptoms, and the adrenaline rush that a person experiences immediately after a car accident can also hide or dull the pain of injuries. Another reason to seek immediate medical treatment, of course, is to begin creating the paper trail evidence needed to successfully prove your legal claim in court.

The at-fault party’s insurance adjuster wants me to release my medical records. Should I?

You should never sign a release authorization for your medical records without first talking to an attorney. Only a few limited circumstances justify releasing such records. Accident victims who voluntarily release their medical records to the at-fault party’s insurance provider generally find that the adjuster wanted the records to uncover a reason to reduce or refuse payment on the claim.

I wasn’t at fault, and I don’t plan to file a claim with my own insurance company. Why do I have to report my accident to that company?

In the fine print of most auto insurance policies, there is a provision that requires you to report all accidents involving the insured vehicle. Even if you don’t plan to file a claim, you should still report the accident, because you signed a contractual agreement stating that you would. Failing to uphold your requirements for insurance may result in your insurance company dropping your policy.

My wife died due to injuries from a car accident. Can I file a New York car accident lawsuit?

You may qualify to recover damages, but through a wrongful death lawsuit rather than a New York car accident claim. When a person dies in a car accident, this type of claim can be filed by the decedent’s spouse, children, parents, or a personal representative of the estate. The damages that are recoverable through this type of action include:

I wasn’t wearing a seat belt at the time of my crash. Will that affect my New York car accident claim? 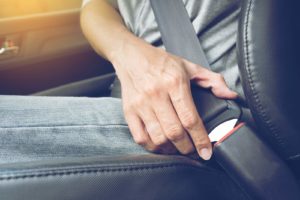 An injured individual can still recover compensation even if he or she wasn’t wearing a seatbelt at the time of the accident. However, your lack of a seat belt during your accident may reduce the amount you ultimately recover. New York law mandates that all individuals wear seat belts when traveling in motor vehicles. The law allows a seat belt defense, in which at-fault parties can argue that they should not bear responsibility for injury damages if victims weren’t buckled up. This may force claimants to prove that they would have suffered the same or similar injuries had they worn a seat belt or else face the loss of some or all of the damages available to them. An attorney can help you understand how to seek compensation if you weren’t wearing a seatbelt at the time of your accident.

The police arrested the at-fault party at the scene following my car accident. Does this mean that I can’t file a New York car accident claim?

You can still file a claim. The at-fault party’s arrest constitutes the beginning of his or her criminal case, which a government-hired prosecutor will prosecute on behalf of the state. The financial penalties that the driver incurs in the criminal trial will go to the state, rather than to any injured victims. A car accident lawsuit, on the other hand, is a civil proceeding. Injured individuals file their cases in civil court and don’t seek to convict or incarcerate anyone. Rather, a New York car accident lawsuit seeks to prove that someone else’s actions caused the accident that resulted in your injury and that the at-fault party is liable for the damages caused by your injury. A criminal proceeding and a civil action can stem from the same set of events without the outcome of one case impacting the other.

Why do most New York car accident cases resolve outside of court?

It is expensive to litigate a case. Most insurance carriers will opt to save on that expense by settling cases out of court. However, settlement offers rarely come without substantial negotiation, as claimants need money to cover the actual expenses and impacts of their injuries, and insurance companies want to limit the amount of money that they must pay out for claims. Insurance companies will typically avoid making a fair offer until it becomes clear that, without one, a case is headed toward litigation.

How long do I have to file my New York car accident claim?

New York car accident claimants generally have three years from the date of an accident to file a lawsuit and two years following the death of a family member to file a wrongful death lawsuit. Some exceptions to these time limits exist, and your attorney will advise you if there is a different deadline for filing in your case.

I am a driver, and I was injured while working. Should I file a New York car accident case or a workers’ compensation claim?

Workers’ compensation is a type of insurance policy that most employers in New York must legally provide to their employees. Workers’ compensation benefits provide coverage for medical expenses and lost wages resulting from work-related injuries. To determine which avenue you should pursue, it is important to consider the following:

What is the average settlement in a New York car accident case?

Settlement values are determined primarily based on a case’s specific circumstances. Because of this, there is no “average” settlement, but there are factors that can negatively or positively impact the value of your case. These factors include:

Will I have to pay taxes on my New York car accident settlement or award?

Because New York car accident settlements and awards are, for the most part, not considered income, they are generally not taxable. However, if you included medical expenses from your injuries as an itemized deduction on your taxes and then later received a settlement or award, you will have to repay the portion that you deducted. Additionally, in some cases, punitive damages punish defendants for particularly reckless behavior. If you received punitive damages in your case, that portion of your compensation is considered income, and thus is taxable, because it is not related to your injury.

What services can your experienced New York car accident attorney provide me? Our experienced New York personal injury attorneys can provide services that may prove difficult to accomplish on your own. Qualified attorneys possess knowledge and experience about not only the legal process involved in recovering damages, but also the trauma that injured individuals must endure. In addition to the guidance that an attorney with such experience and knowledge can provide, he or she can also:

“AMAZING and understanding attorneys! Did great on my case and I highly recommend Dolman Law Group Accident Injury Lawyers, PA for anyone that has been injured in an accident!” Rating: 5/5 ⭐⭐⭐⭐⭐ Koralis R. Jan 2020 Read more reviews on Google!