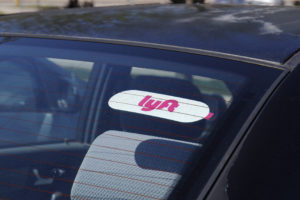 Lyft drivers are charged with the task of ferrying passengers that hail them with the Lyft app to specified destinations. This is a simple enough task but as one may expect, things do not always go as planned. Like with anything else involving driving a car on the road, there is a risk of an accident occurring and injuries being sustained.

A St. Petersburg man by the name of Cameron Decker found out just how much can go wrong in a seemingly normal Lyft ride. On the night of January 6th, Cameron Decker hailed a Lyft to give him a ride to the Green Light Bar in St. Petersburg. The ride went without issue until they neared the entrance of their destination.

Cameron Decker claims that the driver missed the entrance, slammed on their brakes, and crossed a double yellow line in an attempt to make a turn. A van behind the Lyft was unable to slow down in time and rear-ended the Lyft. Both drivers then pulled into a parking lot to exchange information. As this occurred, Cameron Decker states that he then realized that he had been hurt. According to Cameron Decker, he could not turn his neck to the left.

Later on, Cameron Decker found out that he had sustained injuries to his neck, shoulder, and back. He may have been able to find out the extent of his injuries earlier had an ambulance been called. Unfortunately, the Lyft driver elected to not call an ambulance for their injured passenger and instead chose to drive off and leave Cameron Decker by the curb. An employee of the bar even attempted to intervene yet the driver according to Cameron Decker slammed their door shut and left them behind.

Cameron Decker called the police but both drivers were long gone before any squad car could arrive. On top of that, the Lyft app would not be much help since the driver’s information was gone when Mr. Decker tried to access it. Worst of all, when Cameron Decker attempted to get the information on the driver that left him injured directly from Lyft, they were not much help either. Cameron Decker claims that the representative he called said that they could not give him the information that he sought. Eventually, Lyft got in contact with both the driver and Cameron Dekker. Lyft’s insurance carrier was notified and an adjuster was assigned to Cameron Dekker’s claim.

Difficulties With Lyft After an Accident

Cameron Decker is just one of many people that have been injured in Lyft accidents and one of several that have had difficulties with Lyft drivers and Lyft themselves after such an accident. For Cameron Decker and others like him, the difficulty doesn’t end once they manage to get in contact with Lyft about an accident like this.

In Cameron Decker’s case, he now has to contend with a Lyft accident claim and makes his living as a musician which the injury he sustained makes much more difficult. He has to go through the claims process with a painful injury and is not going to be making income so all while he is trying to get compensation he is treading water. The process of seeking compensation for his Lyft injuries could possibly take quite a while so he could be in for some serious financial woes.

When a Lyft passenger is involved in an accident, they are covered by Lyft’s insurance for at least 1 million in damages. This may sound fantastic but you need to remember that it is the nature of insurance companies to minimize the amount that they pay out to the best of their ability while fulfilling their obligations in an insurance policy. Lyft passengers have to make their case to the best of their ability against the defense of an insurance company with extensive resources that will find any loophole they can to not pay the settlement that a plaintiff might deserve.

How a Lyft Accident Attorney can Help You

In Cameron Decker’s case, the time it would take to see his claim through would take significantly less time with the assistance of an attorney. This means he loses less money treading water and gets his settlement faster so he can go on with his life. A lawyer well versed in adjuster tricks and strategies that could lower a claim could also prevent him from making a mistake like allowing an adjuster to record his statements or allow them to view his medical records. On top of this, he would not be paying the attorney a cent until they ensure that his case is handled successfully because personal injury attorney’s work on a contingency fee basis. Only if the case is successful does a lawyer receive payment. Otherwise, the lawyer receives nothing since they failed to secure compensation.

If you or a loved one have been involved in an Uber or Lyft accident, then do not hesitate to contact Dolman Law Group about receiving a free consultation on your possible claim. You may have questions as to how coverage may work or how you can ensure you receive the appropriately sized settlement and the Dolman Law team is happy to oblige. Our Lawyers will be happy to hear the details of your case and outline some options for legal action you can take. Consider Dolman Law group for your legal representation with big firm results and small firm personal attention.

Contact us at Dolman Law Group’s offices by submitting an online contact form or call us at 727-451-6900.