There has been national and worldwide media coverage of the sexual abuse allegedly perpetrated by clergy within many dioceses within the Catholic Church, including in the Diocese of St. Augustine. Reports discuss acts of sexual assault and abuse committed against young children, such as those who served as altar boys. The Catholic Church has paid over $3.8 billion to settle more than 8,600 sexual assault claims. While these numbers alone are shocking, what’s even more shocking is that these figures probably represent a mere fraction of the total number of victims. Sexual abuse, in any circumstances, is traumatic, but when it involves a child, it is a heartbreaking tragedy.

The anguish of a sexual assault can last for decades, and for some victims, forever. An experienced sexual abuse attorney can handle these cases and understand the sensitive and deeply personal nature of sexual abuse claims. Our compassionate attorneys will seek justice for you with skill, dedication, and empathy. A Pennsylvania grand jury report from 2016 to 2018 that was released in August 2018 identifies 301 Catholic priests, including at least 14 with ties to Florida, who allegedly sexually abused over 1,000 children. Following the release of the report, hundreds of victims came forward regarding additional claims of abuse that resulted from the Catholic Church’s negligence.

The current attorney general of Florida, Ashley Moody, continued the statewide investigation and has requested the Florida dioceses to release the name of every Catholic clergy member with credible accusations. More than half of U.S. dioceses have released the names of credibly accused clergy. However, the diocese of St. Augustine, along with many other Florida dioceses, have chosen to wait until the conclusion of the investigation before releasing the names. About a year after the grand jury report, some dioceses, including the Archdiocese of New York, named 120 priests and deacons accused of child sexual abuse or possessing child pornography. If you suspect a child sexual abuse then contact a child sexual assault lawyer today and learn what you can do to help.

Individuals who want more information can access a list of publicly accused priests in the United States, including those from the diocese of St. Augustine. The list does not state whether a listed individual is facing allegations, was convicted of a crime, or has been found liable for a civil legal action. The organization responsible for the list, Bishop Accountability, also maintains a list of every known settlement paid by the Catholic Church to those who have alleged clergy sexual abuse. The term clergy includes priests, deacons, and bishops. Priests make up the largest group of alleged abusers, but the term clergy also includes deacons and bishops. There have been allegations against bishops and other church leaders.

An article in the 2004 Fordham Urban Law Journal alleges that, since 1984, there have been about 3,000 civil cases related to clergy sex abuse in the U.S., of which most have settled. Estimates of the number of cases come from information provided by plaintiff attorneys. The Catholic Church has not been forthcoming with such information.

The Catholic Church has its own legal system, known as Canon Law. is It hard to determine how many cases are in the canon-law system, because the church does not release those statistics. However, that some Catholic leaders clearly appear to have overlooked or mishandled allegations. In some cases, U.S. bishops knowingly transferred thousands of allegedly abusive priests into different and unsuspecting parishes and dioceses without revealing the offenses they had committed and the risk of future assaults. Also, it is clear that every time new information is revealed, more survivors come forward to report claims.

Who Are the Victims?

Statistics show that clergy allegedly assaulted more male victims than female. This may be partly because they traditionally had greater access to male youth. In the 1990s, more girls become involved in the Catholic Church, and as a result, the percentage of female victims increased. The ratios change when looking at adult victims of clergy sex abuse, because most adult victims are female.

Sexual abuse and assault are crimes, but due to the difficult nature of the wrongdoing and the young age of the victim, they often go unreported for years or even decades. States’ statutes of limitations prevent many would-be plaintiffs from ever filing criminal court cases against their alleged abusers. Therefore, a civil lawsuit becomes abuse survivors’ only option to seek justice and secure compensation for the harm that they have suffered.

Sexual abuse survivors can sue the Catholic Church for negligence, which involves conduct that creates an unreasonable risk of foreseeable harm to others. These theories encompass the idea that the Church knew of the alleged abuse, yet continued to hire and employee credibly accused priests, ignoring the risk of harm to others by these actions.

A plaintiff can argue several different theories of negligence, such as:

As a victim, you can sue any person, institution, or organization directly or indirectly involved with the sexual abuse, not just the alleged perpetrator. Other potentially liable parties include schools, hospitals, businesses, a perpetrator’s employer, or other entities that either knew or should have known of the abuse. If the named defendant did not provide adequate safeguards against the risk of sexual abuse, a court may find it liable for such negligence. Frequently, the parties settle the case out of court because negligence is clear.

If a perpetrator is found guilty of sexual abuse, he or she may face not only criminal penalties but also civil damages. For many victims, there is a strong relationship between sexual abuse as a child and mental health problems. For a victim of sexual assault, the suffering is pervasive. It can affect a victim’s relationships, careers, and quality of life far into the future. Money can’t change what happened, but it can help victims and their families recover in some way. You should seek compensation that covers all of your trauma, including but not limited to: 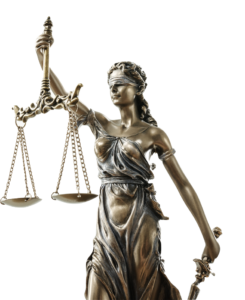 The relief available to sexual abuse survivors in civil court is not limited to monetary damages. Determining damages after sexual abuse can be overwhelming because you may choose to seek injunctive relief in addition to or in place of monetary damages. For example, you may seek an injunction, which when a court prohibits a defendant from engaging in a specific act or behavior. Some lawsuits have asked for injunctive relief to compel the share with the public to be mandated reporters for allegations of child sexual abuse, to compel the dioceses to release information that it provided to the grand jury, and to permit reporters to review records for accuracy. Forcing the Church to take positive steps towards preventing future abuse is the primary purpose of all of these actions.

Many members of the public have questioned why Church officials took so much time to come forward regarding the abuse allegations. This question perpetuates the erroneous idea that victims have some share in the blame and also fails to recognize the complex impact of abuse on victims. However, psychological experts and other supporters have countered these questions with information about the long-term effects of clergy sexual abuse. Many victims were children at the time of the assault; therefore, they may have lacked the understanding of what was happening to them and been unable to express it.

Other factors include the severity of the trauma and the high position of the perpetrator. Many children are taught not to make any kind of accusation against a priest or bishop. Sometimes, survivors live in a state of emotional paralysis. They may cope by repressing, minimizing, or denying the harm they suffered. Often, if survivors did disclose the abuse years ago, they were not believed by parents, church officials, or the authorities. Sexual assault by members of the clergy is a terrible breach of trust that takes place in an atmosphere of power inequity. Therefore, it is not surprising that reports may take years, or even decades, to surface.

Many survivors are concerned about the statute of limitations question. If you are a survivor of sexual abuse, you should contact an attorney, even if your abuse happened long ago, to determine your eligibility to file a civil claim.

The Long-Term Effects of Sexual Abuse

Being sexually assaulted is not only a physical violation of one’s body, but it also inflicts deep emotional wounds. Often, there is a period of grooming leading up to the abuse, so that the child feels responsible and guilty. Over the years, the shame, humiliation, and fear remain or increase. In many cases, child or adolescent victims do not disclose their abuse until they are adults.

Sexual abuse during childhood can have long-lasting effects, some of which can significantly erode the quality of your life as an adult. Some of the long-term effects include:

If you have a history of sexual abuse and are experiencing any of these symptoms, seek treatment and call the Dolman Law Group Accident Injury Lawyers, PA for help in seeking compensation.

Call Our Sexual Abuse Attorneys—We Are Here to Help

Survivors of clergy sexual assault are eligible to seek compensation for the harm, both physical and emotional, caused by the sexual assault by filing a lawsuit. It is time to stop suffering in silence. Sexual assault is a sensitive issue, but a compassionate attorney will make sharing your story as easy as possible. The legal process is complex, particularly when it involves sexual abuse that occurred years ago, which is why a victim should retain an experienced sexual assault attorney to guide him or her through the process and obtain the best possible outcome given the circumstances.

We always hold our consultations in the strictest confidence. We have offices across both Florida coasts. For a free, confidential consultation with one of our dedicated, compassionate attorneys, contact Dolman Law Group Accident Injury Lawyers, PA and Sibley Doman online or by calling 833-552-7274.