Lane splitting, white-lining, stripe-riding. The practice has many terms, but if you’re a motorcycle rider, there’s a good chance that you are familiar with it.

One of the questions our motorcycle-riding clients often ask us, however, is whether lane splitting is legal. If it isn’t legal, and you are injured while lane splitting, can you seek compensation for your injury? These are valid questions about a topic that state governments and transportation agencies have debated over the years.

What Is Lane Splitting?

Lane splitting is a common practice that motorcyclists use to push through areas of slower-moving traffic by traveling in the space between vehicles moving in the same direction in adjacent travel lanes. The practice is often confused with lane sharing, which occurs when two or more motorcyclists ride side-by-side in a single travel lane.

Lane splitting is also often confused with lane filtering, which involves driving in the space between cars in two adjacent travel lanes, but only when the cars are stopped, such as at a traffic light.

The Bad Side of the Split

One common danger of lane splitting is a vehicle that attempts to change lanes without signaling or ensuring the travel lane is clear. Drivers who trudge along in congested traffic may also roll closer to the dividing lines between the lanes without realizing that a motorcyclist is approaching in that space.

Motorcycle riding, in general, is an activity that requires a higher level of skill, training, and awareness of one’s surroundings than other activities do. Lane splitting intensifies the need for awareness, as riders must ensure that they can lane split safely. This must consider the width of the lanes, the speed of the traffic, and the size of the vehicles the rider intends to pass.

Motorcyclists can lane-split to save time stuck in traffic by moving quickly through congested areas by riding between lanes. In fact, according to an analysis conducted by the Texas Traffic Institute, the average urban commuter spends 42 hours a year stuck in traffic. Lane splitting cuts that time in half, meaning that lane-splitting riders save about 21 hours a year through lane splitting.

Additional benefits of the practice include:

Where Lane Splitting is Legal

While many states have attempted for years to set guidelines to make lane splitting legal in certain circumstances, only California has legislation recognizing the practice as legal.

Passed in 2016, California’s law allows motorcyclists to split lanes when they are traveling at speeds of less than 50 miles per hour and when there are less than 15 miles per hour differential between the speed of the motorcycle and the vehicles it is passing.

Several other states do not explicitly make lane splitting legal or illegal, leaving it up to the discretion of local governments or law enforcement. Those states include New Mexico, Texas, Oklahoma, Missouri, Arkansas, Mississippi, Indiana, Ohio, West Virginia, Delaware, and North Carolina. In other states, it is explicitly illegal to lane split.

Certain states, including Utah and Hawaii, allow similar maneuvers to lane splitting. Utah recently passed legislation allowing lane filtering which permits a motorcyclist to ride between lanes only on roadways with speed limits of less than 45 miles per hour where traffic totally stops. While the narrow roadways in Hawaii do not provide ample space for lane splitting, motorcyclists there are permitted to ride on the road shoulder to evade the hazards faced in traffic congestion.

Other state bills that seek to legalize lane splitting include a provision that only permits it on roadways with slower speed limits and where no more than 15 miles per hour differs between the speed of the motorcycle and other vehicles. These recommendations follow analysis conducted by the UC Berkeley Safe Transportation Research Center, which found that lane splitting remains relatively safe under these conditions but that the risk of injury increases dramatically when the speed of the vehicles and the difference in vehicle speeds increases.

What Happens if You Are Injured by a Careless Driver While Lane Splitting?

Motorcyclists, like other roadway users, may seek compensation for the expenses and psychological impacts of injuries they suffer because of someone else’s careless or reckless actions. If you were lane-splitting at the time of the accident, you generally can still seek compensation. However, how your lane splitting affects the amount of compensation you are eligible to recover depends on what your state’s laws say about the practice.

To prove liability in a motorcycle accident claim, you must establish:

Some common expenses and impacts to appear on damage claims after motorcycle accidents include:

An Attorney Can Help With Your Lane Splitting Accident Case 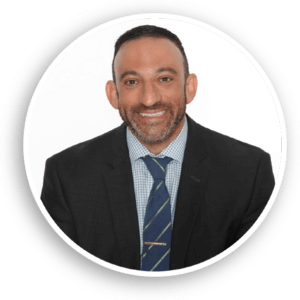 One issue that makes a lane-splitting case difficult to prove is the attitudes of many individuals—even those in the legal, insurance, and medical communities—who believe that motorcyclists are always at fault in an accident, especially if they were lane splitting.

The public doesn’t know that studies indicate the many safety benefits of lane splitting, or that it is generally safe for all roadway users at lower speeds. Injured motorcyclists need quality representation from a legal team that understands that motorcycling is an activity greatly enjoyed by many law-abiding citizens, all of whom have as much right to seek compensation for injuries caused by the negligence of others as anyone else does.

If you believe that your situation might result in a case, a motorcycle accident attorney can provide you with more information about these cases and can discuss with you whether to take legal action.