Home > How Much Do Car Insurance Costs Increase After an Accident?

How Much Do Car Insurance Costs Increase After an Accident?

April 14, 2021
How Much Do Car Insurance Costs Increase After an Accident? In a single year, more than 402,500 car accidents took place in Florida. The vast majority of these car accidents resulted in significant property damage. In addition, many of them involved serious injury or death to one or more of the vehicle's occupants. Often, after being involved in a car accident, people question, “How much will my car insurance payment increase?” The answer to this question will vary depending on the specific facts of your case. Several factors will determine how much your insurance premiums will increase. How severe was the accident? Were you at fault? Where did the accident occur? Read on for more information about car insurance and post-accident increases. A car accident lawyer can also answer your questions and help you seek the compensation you need to pay for those increased premiums.

Where You Live Can Affect Your Insurance

Although not necessarily a cause of increased insurance rates after an accident, where you live affects the costs of insurance rates. According to a news report from the Ledger, nationally, Florida has some of the most expensive car insurance rates. On average Americans pay $1,470 each year for car insurance. In Florida, on the other hand, the average annual rate for car insurance is $2,059. The rates have increased more than 50 percent since 2011. Further, Florida residents in certain ZIP codes may pay even more for their insurance than other places within the state. Urban residents pay up to three times more for insurance than those living in rural areas. Drivers living within Miami ZIP codes can expect to pay, on average, over $3,000 a year for car insurance. Higher car insurance rates in Florida, in part, can be attributed to the requirement that drivers purchase a personal injury protection (PIP) policy. Additionally, rates are higher because Florida ranks among the worst in numbers of uninsured drivers. In 2017, the Insurance Research Council reported that Florida's PIP claims were almost 50 percent higher than anywhere else in the nation. Additionally, 37 percent of claimants undergo MRIs. That is double the number of individuals receiving these diagnostic imaging tests in other parts of the country. The report also noted that 53 percent of claimants hire an attorney. A surprising amount considering that all Florida vehicle owners are required to purchase a PIP policy. PIP policies are intended to drive down the legal costs associated with compensation.

Were You At Fault for the Car Accident? 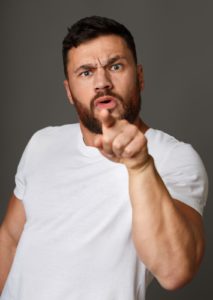 After one at-fault accident causing more than $2,000 in damages, car insurance rates are expected to increase by about 31 percent. That equates to an increase of around $450 a year. Drivers who cause an accident that results in bodily injury can expect to pay slightly more. Accidents causing injury may increase insurance rates by 32 percent. A 32 percent increase will equate to around $459 a year. A second at-fault accident with property damage equaling over $2,000 can cause the price you pay for insurance to increase significantly. You may expect your rates to go up by about 110 percent, or $1,572. Keep in mind, however, that these numbers are national averages. The amount your rate will increase after an accident or multiple accidents will ultimately depend on the terms of the insurance agreement. The specific personal or property damages resulting from the accident will also influence the amount rates are increased. Increases ranging from 12 percent to 80 percent can be expected, depending on the severity of the accident and the company's agreement. Some companies offer accident forgiveness for your first accident. Accident forgiveness will prevent your rates from going up, though you may become ineligible for any “good driver” discounts.

In Florida, the rates of increase are higher than the national average. After one at-fault accident with property damage over $2,000, Florida driver's rates are expected to increase by about 35 percent. A 35 percent increase equates to around $795 a year. If you were impaired by alcohol at the time of the accident, insurance increases can be even higher. A DUI conviction can cause insurance increases of three to five times more compared to drivers with a clean driving record. With a DUI charge, the higher insurance rates may be imposed against the driver for three years or more. What if the accident wasn't your fault? Some insurance companies will raise your rates anyway, particularly if you've had multiple accidents. They may even raise the rates if you were not at fault for any accident you were in. In fact, getting into multiple accidents—regardless of fault—could result in your insurance company completely dropping you from coverage.

How Are Increases Calculated After an Accident?

Insurance companies set a base rate for the individuals they insure. The base rate is calculated depending on the average rates in your area, minus any eligible discounts. After filing an accident claim, your insurance company will generally employ a surcharge schedule to determine the amount of increase. Standards set by the Insurance Services Office allow for a surcharge of 20 percent to 40 percent of the insurer's base rate. If you have a single-car policy, the surcharge will be 40 percent of the base. For a multi-car policy, the surcharge will be 20 percent of the base rate for the first two vehicles listed on the policy. The surcharge added to your rate includes other costs and fees. It may include costs of the claims adjuster, fees paid to claims representatives, and the costs of parts and labor. The surcharge and applicable fees will only be added to your premium after a claim is filed.

What Is Your Driving History?

How Long Will the Higher Rates Last? 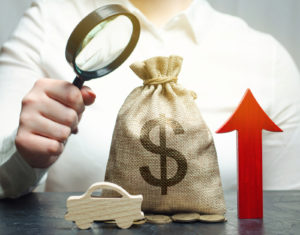 The penalty period in which you're paying higher premiums due to an accident usually lasts three to five years. The time period coincides with the time in which the accident will be removed from your motor vehicle record summary. However, your policy may not be set to renew for many months after the penalty period for your accident ends. In that case, you will continue to pay the higher rate until the renewal takes place. Insurance companies only recalculate rates when they are scheduled to be renewed. Other factors may extend the penalty period, including:

What Is Your Gender? Are You Married? What Kind of Car Do You Drive?

According to The Ledger report, other factors may influence the amount your car insurance will increase. For example, women pay slightly higher rates for insurance than men do. Overall, the difference is less than 1 percent; however, in Nevada, it is as high as 6 percent. Married couples typically pay less for insurance than singles do. Additionally, your rates may be higher based on your level of education. Aside from accident history or DUIs, one of the sharpest increases in insurance rates often occurs when you change vehicles. Truck owners may pay as much as $500 more per year than car drivers. Newer model vehicles are also more expensive to insure. The report notes that the Audi R8 is among the most expensive cars to insure, costing owners more than $4,000 per year.

Can You Reduce the Amount You Pay for Insurance?

Unfortunately, there is not much you can do about a negative driving history and its impact on your insurance in the short term. However, there are ways you can decrease your premiums over time, including:

What Not to Do to Avoid Insurance Increase

Even though possible increases in insurance rates are intimidating, it is never a good idea to drive without insurance. Uninsured drivers are potentially responsible for a range of expenses. Uninsured drivers have to pay out of pocket for their own vehicle repairs. Additionally, you may face the costs of a lawsuit if you are sued by the other driver. If the lawsuit is successful, you may be responsible for all injuries and expenses caused by the accident. Driving without insurance in Florida may result in a fine of up to $500. Depending on the number of offenses you have, your license, registration, and license plates may all be suspended. If you get sued for the accident, suspensions may remain in effect until you pay the entire cost of damages.

If you were injured in a car accident, a car accident lawyer can help you understand the legal processes for seeking compensation. If you're facing increased insurance premiums, your car accident attorney may take that into account when calculating and fighting to recover damages on your behalf. Dolman Law Group Accident Injury Lawyers, PA 800 North Belcher Road Clearwater, FL 33765 (727) 451-6900 https://www.dolmanlaw.com/florida-car-accident-lawyer/